The previous three segments, 2.26-2.28, summarize the year-long harangue Hayes directed toward Studd and Buxton while at the missionary station 3 km from Niangara.  The next few segments concern the diary entries for the same period focusing on Hayes observations of this part of Africa and its inhabitants.  The work he undertook to build a mission site and his interactions with the African residents, especially when Studd and Buxton are away, reveal by example, perhaps more clearly than any other portion of his diary, how Hayes believed missionary work, and colonization in general, ought to have been done. Immediately on arrival at Niangara, March 1, 1914, Hayes records the local African political situation. The Welle River separates two antagonistic tribes: “the Azandes to the north, with the Mangettus south of the river.” He writes that the Mangbettu, “comprise several smaller tribes who were conquered and unified by a great chief named Munza some 70 or 80 years ago.” The German biologist Georg August Schweinfurth traveled through this region bringing the River Uele (Welle) to European attention in 1870; Hayes says that Munza was still living at the time and hosted Schweinfurth for “a considerable time.”  Schweinfurth wrote about cannibalism among the tribes he encountered – and Hayes confirms the practice:  “They eat men still if they can get away with it, but the various European powers frown on this unnatural feasting, though they wink at anything else. 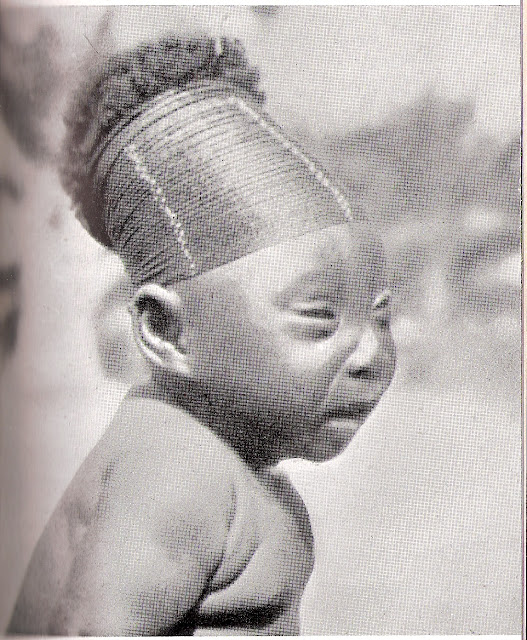 By now the appearance of the natives cannot be shocking to Hayes, nevertheless he records what he sees: “Most of the people are cicatrized and tattooed. Woman have holes cut in their ears one may easily slip his thumb through. Many of the people have elongated skulls, this caused by binding the heads of young babies until the skull is as long as the rest of the child. We see them constantly, the child apparently in a comatose state, yet able to nurse.”

Though the Niangara station sat on the south side of the Welle River in Mangbettu territory, Hayes and his two British overseers preferred to hire Azande workers as laborers about the station, “for Mangbettus feel it a disgrace to work.”  Nevertheless, Hayes compliments the Mangbettus as “the most ingenious of all Africans I have thus far seen.”  On showing a Mangbettu crafter a chair for ten minutes “he will turn it about, fold and unfold it, observing it in every way.  He needs no further instruction, for he can remember every detail.  In a week he will return and sell you an even better imitation than the original….”  Hayes notes the Mangbettus well-built houses, murals, weavings, deck chairs, ornate stools, and  “marvelous, if crude musical instruments … on which they play real music.”  Disclosing much about his own definition of “work,” Hayes writes, “Yet these same men scorn work….”  Hence the missionaries bring Azandes to the south side of the river abrading the territorial prerogative of the Mangbettu.

Mangbetu Harp circa 1910 from The Beedle Museum

Hayes writes that in Schweinfurth’s day, Arab slave traders arrived at Munza’s kingdom traveling in the dry season by way of Bahr El Ghazal to stay through the rainy months gathering slaves and ivory – a coveted assignment because Munza bestowed “wives in abundance” on the traders since “Munza wanted the half caste Arabs in his tribe.”  This gives Hayes an opportunity to record the beauty of the Mangbettu women. “One can easily understand why the Arab slavers wished to remain behind in the Mangbettu country. These girls often have the figures like that of Venus De Milo… Their garb is the merest suggestion of a covering for their loins. They build great basket-like headgear atop their already elongated skulls to make their heads appear higher, and the effect of the flattened skull is rather pleasing.” As Hayes learns the language, the women ask “why be lonely” and “their menfolk urge me to accept one or more temporary wives.” Of course, Hayes politely declines.

Hayes gives no description of the Azande women, commenting instead on the jealousy of the men. All is fine should a chief bestow one or even several temporary wives on a European. But among the Azande, “there must be no fornication, especially adultery. Such offenses are severely punished by relatives of the woman.” The reader can infer from Hayes’ observations that the temptations were stronger than the deterrent: “It is an every-day sight to see some Azande with ears clipped close to his head, nose cut off or even fingers and thumbs lopped for playing fast and loose with some man’s wife or daughter.” He makes no comment about what might happen to a European transgressor.

By the end of May, despite the torrential rains every afternoon that swell the Welle to 200 meters width, Hayes has built several outhouses for fowls and cows, planted 1100 bananas and plantains, 1000 pineapples, and more than 200 fruit trees: mangoes, avocado pears, limes lemons, oranges, and custard apples.  “One can accomplish so much in a short time in a land like this, where all produce grows an inch, or two inches overnight.”

From the mission station three kilometers outside the town, every Saturday Hayes hears the women loudly “chaffing one another with their bargaining” as thousands gather at the Niangara market.  “I delight to attend this fair, and now, understanding the Bangala tongue well (three months after his arrival) can give backchat to the shriveled, but laughing old mammies who conduct the sales.  How they delight to bargain!”

If not for his companions at the mission, all would be well.  “The estate is in splendid shape…. Belgians visiting us are loud in vocalizing their admiration for it in so short a time, and if I can keep it like this I will have accomplished something anyway in Africa.”

Admiration for African crafting and their exotic customs that he pronounces beautiful, pride of accomplishment, a burgeoning garden – all this leaks around the diary’s nearly continuous disparagement of Studd, Buxton, and the Belgians who administer this region.  How nice to imagine Hayes laughing  with an old Mangbettu woman in a prosperous marketplace trying to get an extra couple eggs for his one franc instead of quarreling with a missionary.

This entry was posted on Sunday, September 9th, 2012 at 10:41 am and is filed under adventure, Diary, geo-biography, google earth, Google Maps, History, Travel. You can follow any responses to this entry through the RSS 2.0 feed. You can leave a response, or trackback from your own site.